“I believe that photography gets to the heart of things in a different way than words do, or art forms,” says Vashon, Washington photographer Terry Donnelly. “But using a camera is not just a form of expression. It is also a form of exploration, of helping me to understand the world. I see the world better if I photograph it. Perhaps you could call it a tool that makes you slow down and see things that you normally wouldn’t take the time to see.”

Donnelly has been a professional landscape photographer since the mid-1980s. Starting out using black and white, he soon discovered that if he produced large-format color images, people would pay money for them. So, along with his wife, Mary Liz Austin, a fellow photographer, he began shooting with 4×5 view cameras. Together, they marketed their pictures to magazines, and to book and calendar publishers, which were their bread-and-butter markets. They also produced eight hardcover coffee table-type books on various states and cities. It has all added up to a pretty good living for them.

When he turned 65 in 2015, Donnelly began wondering what his retirement was going to look like. He thought, ‘Why don’t I start doing something different?’ He had been photographing people on and off, doing environmental portraits, street photography and other things. But he wanted to try something new to stretch his photographic skills in other directions.

2015 was the year that President Barack Obama eased travel restrictions for Americans to visit Cuba. That was also the year that Donnelly decided to sign up for one of Peter Turnley’s photography workshops [See B&W December 2020 issue.] “I had been aware of Peter’s work for a long time,” says Donnelly. “I admired his books, McClellan Street and French Kiss. I figured, he’s the guy to show me how to approach people and sharpen my street photography skills. And Cuba would be the perfect place to do that.”

Many photographers visiting Cuba from the States have found the people extremely open to being photographed. Donnelly immediately noticed a kind of party atmosphere in evidence while walking the streets of Havana, with most everyone participating.

“You get invited into religious ceremonies, or impromptu street dances. It’s unbelievable,” he says. “My experience with American culture is quite the opposite, where people are very skeptical of what you’re doing, or they’re distrustful. So to be in Cuba—having learned how to deal with people from Peter—was an exciting experience. I don’t speak Spanish at all, but you really don’t need to. They are very easy people to engage, and to be close and intimate with. You can walk up to them, and with a few gestures and a smile, you get implicit permission to take pictures.”

When it comes to street photography, Donnelly believes people skills are more important than photography skills. It’s really all about establishing a human connection. He thinks it is important to work with a wider lens, rather than trying to shoot stealthily with a telephoto.

“That’s a crucial part of it for me,” he says. “You have to get in very close. You get right next to the person, and then you get that intimacy. And when you get it, boy, it’s like a drug. It’s very powerful. When people let you into their space like that and allow you to photograph, that permission that they give you is a gift. And that makes the pictures you get out of it that much more powerful.

“Photography not only gives me a voice to express feelings and ideas, it is also a form of rapport, of helping me appreciate the many different cultures and people I encounter. I see more clearly and with more attention when I’m photographing people going about their daily lives. It engages intimacy. That’s one of the things that I look for in my pictures; some sort of affinity. I want to engage the viewer with what it is that I’m seeing or feeling. That’s what I think makes a successful photograph.” 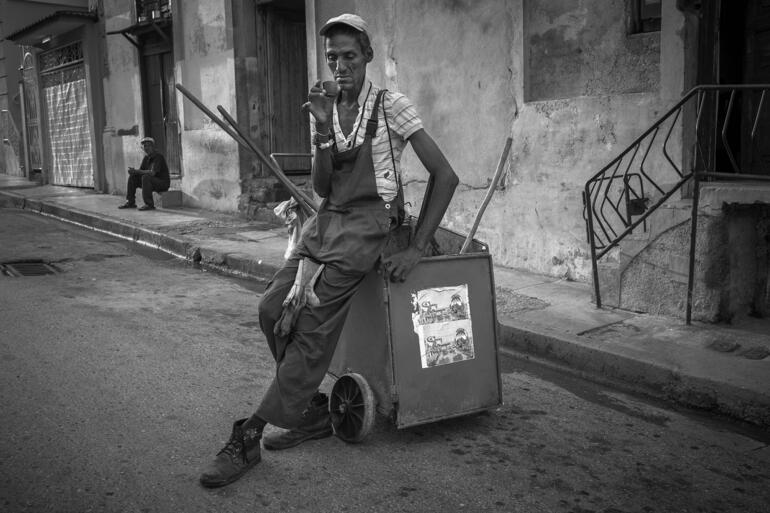