Walking back the rather diverse hustle and flow that defines his personal-professional pursuits, Savid’s all but made the above quote his figurative hallmark. To a certain degree, Savid shares the compassionate path carved out by the celebrated Brazilian: elevating the marginal; celebrating the salt of the earth. Lit by the spirit within.

Having taught himself photography, Savid soon realized critical recognition. In addition to Black & White, his images have been published in American Photo, Aperture and Focus, as well as Italian and French publications.

Evocation to vocation now, one could say that Savid thoroughly immersed himself in dirty Florida: from police reporter at The St. Petersburg Times to underwater boat hull cleaner. Since 2008—on a part-time basis—Savid has shared his knowledge of wet-process photography with the Pinellas County (Florida) Juvenile Welfare Board. His primary profession since age 57 has been administering IV transfusions as a home/healthcare RN in the Clearwater area, work he calls, “very, very rewarding.”

This past fall, the 68-year-old New York native dropped me into the early life experiences that manifest themselves in the selections seen here. “Immediately after college (Rollins, a liberal arts school in Winter Park, Florida), I entered the Peace Corps.”

When asked what compelled a then 20-something to commit to such a selfless pursuit, Savid exhibited as much admirable humility as real-world perspective. “Adventure… Save the world… Plus, having no idea how to make a living with a Behavioral Science degree.”

From stints working abroad in Spain and Germany during the 1970s, Savid’s senior year unfolded in Ireland as an exchange student. Forasmuch, Savid envisioned a 26-month post in the Philippines with the Peace Corps as more of the same story-worthy adventure. “No,” he states. “The drop-out rate was high: miserable, inescapable humid heat.”

In a short feature published by The New York Times (13 March 1981), Savid self-reflected on his efforts to “effectively assimilate into the village on the southernmost island of Mindanao. I carted my own water, ate rice and fish three times a day and wiped myself with The Manila Times.”

Suffering bouts of diarrhea far more often than he shaved, within his first week young Savid watched two intoxicated brothers carve themselves up with bolo knives: “A dispute over a banana plantation.” Savid then saw his only companion, a dog he called “Sherlocko,” turn into a meal. The level of loneliness became comparable to Robinson Crusoe. Ultimately, letters were his sole source of communication.

“Spiritually, to be frank, I turned to the Bible. A few lines in solitude each morning. Again in the evening by candlelight in my Nipa hut (a traditional thatched-roof dwelling built on stilts).” The Book of Proverbs lent the young American “reference points of absolutes between two cultures. The Filipinos’ long-suffering and tolerant temperament contrasted with my American impatience and emotional immaturity. I also saw the effects of colonialism long before the term came into our current lexicon. You’re 22 years old in a tropical paradise that’s been raped for 500 years… and I’m here to help teach somebody something?

“The average Filipino can’t afford the pineapple they grow and can for American companies. Nor the canned sardines the Japanese pull from their waters. Emotionally, you realize you see less a country than a pawn on a global chessboard defined by power and greed.”

After his Peace Corps posting, Ric Savid returned to the Philippines ten times. “Its people have given me so much. I’ve been married to a Filipina (from Cebu City) who, for 42-years, has encouraged my photography. So I slowed down. Changed a few lives. I also learned we don’t always get to see results in our lifetime. Though we can plant seeds.”

“Emotionally, you realize you see less a country than a pawn on a global chessboard defined by power and greed.”

Contact the photographer for print size and price information. 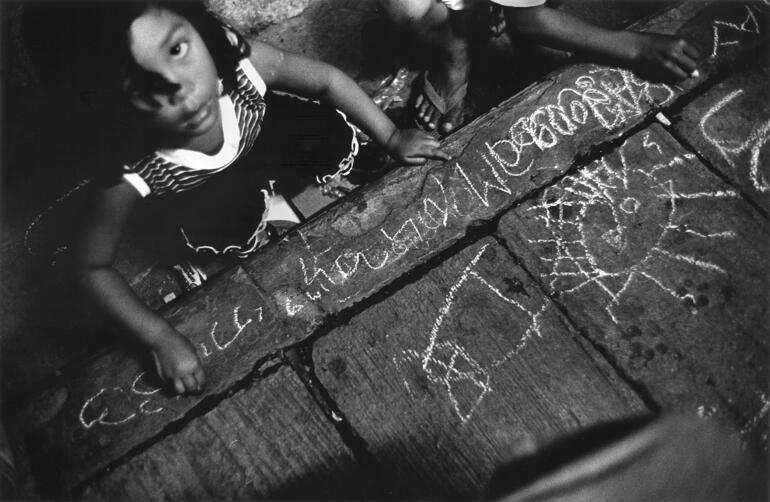