Funambulism, more commonly known as “walking a tightrope,” exerts an irresistible and universal fascination. We watch the high-wire artist traverse Niagra Falls or the Grand Canyon with bated breath and heart-in-mouth anticipation, awestruck at the courage and skill on display.

A similar frisson inhabits one’s aesthetic response to the photographic constructs of Michel Kirch. In many of his images, intrepid figures engage in their own dance with death in surreal, vertiginous settings conjured from Kirch’s fertile imagination. Sari-draped women twirl and prance on narrow concrete beams impossibly suspended above a nocturnal cityscape. Tiny silhouetted figures perch precariously on the edge of a gargantuan stone monolith jutting up out of dark, deep, foreboding waters. High above another city, a young daredevil tempts fate as he balances on the axis of a huge X, his momentum about to tumble him into the void below.

Apart from their implied danger, these scenarios invite any number of intriguing readings rooted in oppositional dynamics.

“There is always a subtle balance between a being enclosed in a vast, open space and a being finding freedom within himself,” says Kirch. “It is the challenge of human existence, the constraint that brings meaning to one’s life. Perched on the wire like a tightrope walker, that is the physical position of these spiritual silhouettes. It’s not about the choice between infinite openness and confinement, but about balance in a fertile climate of tension.”

It’s fair to say that these works inhabit a realm where dreams, memories and fantasies intersect. They are also transparently about journeys through various types of terrain—physical and chronological certainly, but also spiritual and emotional.
“There comes a moment when matter is sublimated,” Kirch reveals. “It is the essence of the artistic effort, where matter becomes mind, the voyage an initiation, and where time becomes elastic. When the image resonates, the trip that gave birth to the image becomes a stilled voyage without boundaries. I like to think that eternity finds shelter in that instant.”

Viewing these images, one is tempted to reach for such labels as “surreal” and “otherworldly,” although they seem too narrow to adequately address all the thematic multiplicity at Kirch’s command. He points out that the Surrealists “shook reality to the point of doubt,” while arguing that the visual fictions he creates are anchored in a plausible reality. That is to say, his starting point is a tangible image captured (in an instinctive, subconscious moment) with a film camera. After the image is developed and scanned, Kirch subjects it to various digital manipulations until other realities, or realistic fictions emerge. The resulting images manage to be richly metaphorical while remaining ambiguous.

“The atmosphere remains a mystery, even to me,” Kirch admits. “The more I unveil, the more I define, the more a certain synergy becomes apparent, and I am no longer in control. The more I try to control it, the more my ‘creature’ rebels, claims its independence and sometimes escapes me altogether.”

Kirch, who was born in Metz, France, and now lives in a medieval village near Paris (down the road from Maurice Ravel’s home), was raised in a creatively nurturing environment. His mother is a lyric soprano and his father is a poet; no surprise that music and poetry inform his visual explorations. He discovered photography while traveling abroad after obtaining his medical degree in dental surgery.

His first significant voyage took him across the Sahara, during which he bought a camera to record landscapes and situations. Within several months, he realized that photography was a language in its own right. He was quick to notice his subjective eye, and very early realized that he could create poetry with images. Kirch divided his time between his medical practice and his artistic career until 2010, when he devoted himself exclusively to photography.

Prints are available in sizes ranging from 27.5 × 27.5 to 69 × 69 inches. Please contact the photographer for further sizes and price information. 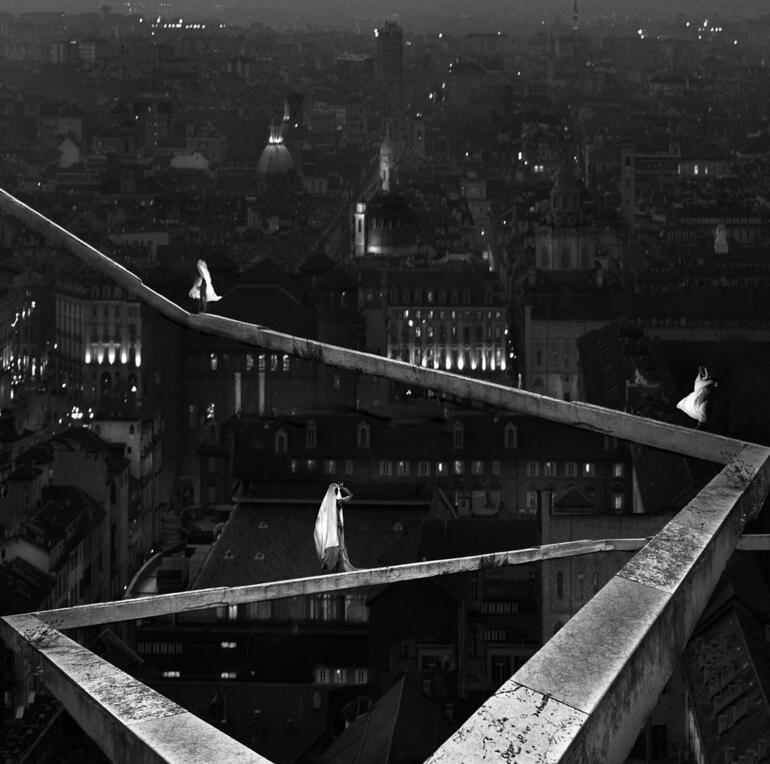