That statement, so simple yet disarmingly revealing, might be the clearest indicator yet of what drives Michael Kenna to keep taking photographs, and why he continues to produce compelling, passionate work. The danger for any artist who has been as aesthetically and commercial successful as Kenna—and who is known for a particular style and subject matter—is to guard against complacency. Yet Kenna finds ways to keep things fresh visually and thematically. His starkly beautiful cityscapes and landscapes evoke a strong sense of place, with a subtle yet powerful emotional underscore. And while the dynamic graphic quality of his images has “inspired” countless imitators, one can always tell the original from the ersatz. There’s an organic purity and texture to a Kenna photograph that is his and his alone.

Asked to comment on his “signature,” he says, “My work is about the juxtapositions, relationships and connections between the natural elements: earth, water, sky, etc., and the structures that we humans leave behind. I enjoy the patina of age, the passage of time, the footprints, traces and memories left in the landscape.”

Certain countries, however, keep drawing him back, in particular the French Republic. His latest book, which is simply titled FRANCE (Nazraeli Press, 2014), features photographs from the 1980s to the present, including many never published before. Kenna’s connection with France is due in part to the inspiration he’s found in the collective legacy of classic European photographers.

“I was born in England and my early work comes out of the European tradition of photography,” he says. “My masters were Eugene Atget, Bill Brandt, Brassaï, Mario Giacomelli, Josef Sudek and others. These photographic giants influenced me greatly. I suppose they are all romantics at heart, all concerned with photographing a feeling as much as documenting external reality. France is a huge country, enormously varied, and as far as I’m concerned it has unlimited potential for photographic expression.”

In fact, Kenna sees parallels between what he photographs in France and what he was exposed to while growing up in England. (He was born in the industrial town of Widnes.) It is the emotional resonance between people and their environment, built or natural, that he finds hugely rewarding as an artist.
“I photograph what I am drawn to, which can be directly linked back to my childhood experiences in the north of England: train tracks, church interiors, parks, gardens, seafronts, industrial buildings, bridges, urban environments. France has all these elements and many more,” Kenna says.

“I first visited France in the late seventies and have been photographing there fairly consistently since the early eighties. It is a country that I feel very much at home in. In 2011 I had a small monograph published in Japan titled In France. I wrote in the introduction: ‘Photographing in France could be more than a life’s work, and I fully realize that the 57 images in this publication barely scratch the surface of this country.’

“When researching material for FRANCE, I was astonished at how many photographs I actually had. Originally, the plan was to have a book with perhaps 80-100 plates. However, I found it impossible to edit from the wealth of images in my archive, and even though I eventually cut the choice down to 275, there could easily have been double that amount.

“I feel exactly the same about this selection as I did in the earlier monograph. These photographs are from my limited experiences in the places I have so far been fortunate enough to spend time. This is not a comprehensive survey of France, far from it. I see this collection as more of an ongoing personal visual diary. I’m sure I could spend the rest of my life photographing in France and there would still be much, much more to see and photograph.”

Kenna is also attracted to places that remind him of his birthplace. Japan in particular has numerous characteristics similar to England.

“Japan is a country of islands, surrounded by water. It is a place that has been lived and worked in and on for centuries. It is geographically small and spaces are quite intimate in scale. There is a powerful sense of atmosphere in the Japanese soil, and as I like to photograph memories and stories, I feel very comfortable wandering around this country. There is also a wonderful reverence for the land, often symbolized by torii gates, which mark the entrances to Shinto shrines. The shrine is often the landscape itself, an island, rock or group of trees. If one spends time in Japan, I think it is impossible not to be influenced by the Japanese sense of aesthetics, the kanji characters, the simplicity of artwork, the reverence of a Buddhist temple.”

Kenna has photographed Japan over roughly the same time period as he has France, with the Zen quality of his work apparent at the outset. He has always preferred suggestion over description, black and white over color, winter over summer. His imagery largely focuses on the interaction between natural landscapes and man-made structures, which is one reason he loves photographing in Asian countries, where he frequently discovers human traces and remains, even in wild, remote terrain. In addition to ubiquitous subject matter, he finds creative inspiration in light, atmosphere and emotional response to place—elements in abundance throughout Asia.

Despite the current dominance of digital photography, Kenna is a staunch traditionalist. He prefers photographing on film, and while he concedes the advantages that digital offers, using film is a more rewarding process for him as a professional photographer.

“I’m not going to be popular saying this, but I have yet to meet a digital print that I could fall in love with. This is based purely on my personal and subjective taste. Having worked with silver materials and film cameras for over 40 years, both commercially and in my fine art work, I now find it a little out of character to fully embrace the digital medium. It is true that the whole photographic process has been made much easier, faster, cleaner and more accessible to people by digital innovations, and that’s a good thing. However, I think photographers and artists should have the option to use whatever equipment and materials they consider most appropriate for their own vision. I am delighted that some photographers, or almost all photographers, have embraced digital technology and are using it for their creative endeavors.

“For my part, however, I don’t need or desire instant gratification in photography. It is the long, slow journey to the final print that captivates me. I still prefer the limitations, imperfections and unpredictability of the silver-based analog world, and I love spending hours in the darkroom exploring the potential of a negative. It is an important part of the creative process for me. Digital and computer technology haven’t yet changed the way that I do things. While silver materials are still available, I suspect that I will stay with what I know and love best. But who knows what the future will bring?”

Kenna’s old school outlook extends to his fidelity to black and white. Despite four decades of shooting in monochrome, he has no desire to experiment with color. Black and white, for him, provides an immediate interpretation of the world rather than a literal copy of what we see, where everything is in color. He finds black-and-white photographs to be quieter, subtler and more mysterious than those made in color, and thus more inspiring to the imagination of the individual viewer. Paradoxically, because they don’t attempt to compete with the outside world, black-and-white images persists longer in our visual memory.

Kenna hasn’t lived in England for a number of years now—and hasn’t seriously photographed there since 2007—but doesn’t rule out returning at some point.

“I have photographed in the UK extensively, but it was primarily in the seventies, eighties and nineties. It’s an issue of time more than anything. If I could clone myself, a part of me would love to continue to photograph in the UK. However, I also like to explore and photograph in other countries. I hope there will be further opportunities to spend time photographing in England. I would find it interesting to see if my exposure to and influence by the Asian countries would have a visible effect on images that I now make in my homeland.”

One thing that wouldn’t change is the immediacy and sense of spontaneity in his work, and his lack of elaborate preparation when he goes out to photograph.

“Essentially, I walk, explore and photograph. I never know whether I will be there minutes, hours or days. Approaching subject matter to photograph is a bit like meeting a person and beginning a conversation. How does one know ahead of time where that will lead, what the subject matter will be, how intimate it will become, how long the potential relationship will last? Certainly, a sense of curiosity and a willingness to be patient and allow the subject matter to reveal itself are important elements in this process. There have been many occasions when interesting images have appeared from what I had considered uninteresting places.

“The reverse has been equally true and relevant. One needs to fully accept that surprises sometimes happen, and control over the outcome is not always necessary or even desirable. This is photography, and it’s also life—unpredictable, uncontrollable and f…king amazing.” 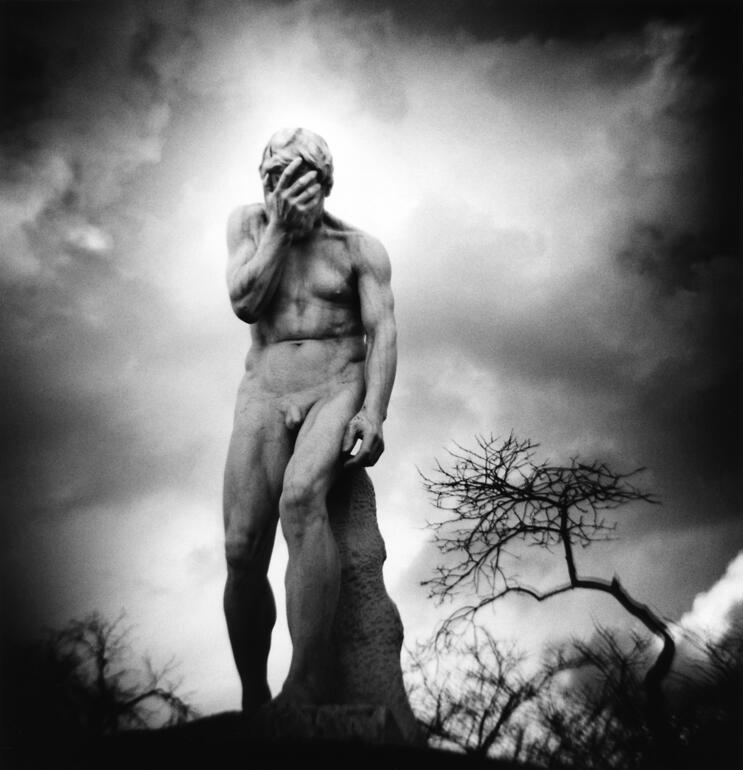