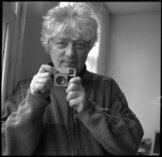 Minor White once said, “All photographs are self-portraits.” When one considers the medium from a fine art rather than utilitarian perspective, it’s hard to argue against this assertion. Despite its mechanical nature, photography not only reveals what’s in front of the camera, it inescapably alludes to the personalities of those behind it. At one extreme are photographers who make self-reflective imagery in a calculated and direct manner, using themselves as subject (Francesca Woodman is a famous example). In contrast are photographers who reveal themselves more obliquely (as White did), through choice of subject matter, visual style and use of symbolism.

Prominent among the latter category is Dutch photographer Machiel Botman, whose entire body of work, begun in the late 1970s, can be seen as an uninterrupted visual diary of self-exploration. Yet he’s no soul-baring exhibitionist; Botman is akin to writers who express more between the lines than in the lines themselves. And his autobiographical impulse is subordinate to his desire simply to make sense of his life and the lives of those around him. It’s an unhurried, unstressed process for Botman, who was born in Vogelenzang, the Netherlands, in 1955.
“The understanding of life comes after the images have been taken, when they have come to rest,” he explains. “Many times to take a photograph is a violent action; you slice an instant from its past and future. You need time to let that become meaningful, to understand what you are really looking at, and to understand how that image can become important within you. Maybe it connects to what you have done before. Maybe it shows you something you never realized.”
Botman is neither defined nor limited by genre or technique. Landscape, portraiture, still life — all are given equal weight in his photographs. If there is one constant in the work, it’s that the images always evoke dualities. They are strange yet familiar, inviting yet distant, transparent yet oblique. The surface narrative is often in doubt: a disembodied hand supporting a shard of sharp-edged glass is almost Buñuelian in its implications; freckled skin and clouded sky comprise a gently abstract, Kertész-like visual riddle in “Magda’s Shoulder.”
There is something slightly theatrical about the work, which combines dark drama, a muted playfulness and an indefinable spirituality. Yet there is nothing stagy about the gestures and expressions, the settings and scenarios. Tranquility and lyricism predominate, with a sensed emotional volatility just below the surface. Narrative interpretation is open to question, not only for viewers, but Botman as well.
“For some reason the images are never very direct,” Botman concedes. “Some have really confused me, because I slowly began to see things that were conflicting with what I had seen before. Take ‘IJke Flowers,’ which is on the cover of my book Heartbeat. The instant of photographing my five-year-old son lasted just seconds. There was no plan, it just happened, like a short silence in a storm. When I saw it I knew it was the cover image I had tried to find for more than two years.
“I began that book after my mother passed away, and in a sense it is about that too. But it is also about my boy, who was born not long before, and about my relationships with other people. At first, that image is a young boy holding out white flowers to the photographer, and to the viewer. However, because of the light and the absence of focus, something ghostly enters. Something like death, perhaps. Something very finished. Not very easy.”

Although Botman did not begin photographing seriously until adulthood, he was no stranger to the medium during childhood. He and his brother grew up in a forest; using cameras their father brought home, the boys took pictures of everything around them: friends, tree huts, birds, dogs and cats.
“White Cat,” dated 1965, is an impressive accomplishment for a 10-year-old: The composition is nicely balanced, displays good timing and boasts nice contrast and texture. It has a quality of early Japanese photography — not very sharp, not very subtle in the grays, but imbued with much feeling. While Botman concedes its attributes, he ascribes them more to luck than skill, and considers the picture a gift from a child to the man he would become.
His uniquely personal response to his subject matter derives not from any attempt to be “different” or “cutting edge,” but simply from the fact that he can only photograph people and places that mean something to him emotionally.
It all comes down to an idea of what is real or not. He says it’s not difficult for photographers to take a portrait that suggests a personal connection with their subject, but for Botman, if no such relationship exists, then the image, on some level, is false. Moreover, he never asks his subjects to pose for him.
“They know I am photographing them, but it doesn’t matter, it is almost unimportant; I’m playing. Maybe that sounds crazy, but that’s how it is. And even with objects or landscapes the better images come from playing rather than thinking things out. All I do is get close.
“This all developed in a natural way,” he adds. “Although it is not easy to put into words what that means. What may be personal to me can be something else to you. I think it is about many things, from just thinking about photography, to how one photographs (even in terms of the equipment), to how one develops and prints.
“We are at a strange point in photography, with digital printing taking over; it is not the same as when one makes one’s own prints. Being able to identify an identity in the printing brings you much closer to the photographer. It’s about touching stuff, struggling, being a human being. We are rapidly losing that, and we are also losing the knowledge of how to capture that in the darkroom. Scary stuff. All of this is to say that I like it best when a photographer’s imagination surprises me.”

The element of surprise is a key driver for Botman, who sometimes utilizes sequential imagery to reframe a familiar subject in an unfamiliar way. He also remains open to the element of chance, especially when it results in unusual perspectives. Several of his photographs, like “Horse and Church,” appear to be the result of multiple-negative printing, yet Botman says the visual overlay in such instances simply resulted from faulty film-advance in the camera. Such serendipitous accidents support his contention that he doesn’t find images, images find him.
Botman doesn’t pursue commercial work, earning his living through print and book sales, teaching bookmaking workshops, designing and editing photo books for other artists, and curating exhibitions. Learning how to sequence images for books has had a marked effect on his visual discipline and growth. He continuously arranges his photographs in book dummies, which eventually become published monographs. He considers books the best, if not only way to disseminate his work.
“Exhibitions are fine, but they are smaller moments in time; they have an end to them when we take the pictures off the wall. The after-life of a show is relatively short. And there can be a certain distance standing in front of a framed image. It’s different with a book. We keep coming back to it, so the ideas in a book meet an evolving person, and affect that person in different ways. And to hold a book in one’s hands feels more like real life to me.”
Botman’s photo books show the connections between his ongoing development as a photographer and as a person. He furthers the autobiographical associations by including written texts and drawings. His photographs pose questions we all have about our reason for being, yet they don’t presume to provide answers. They do suggest that imagination is one of the most important yet overlooked qualities to help us make sense of the human condition.

Fact File
Machiel Botman is represented by the Gitterman Gallery in New York, Galerie VU in Paris and the Kahmann Gallery in Amsterdam. His books include Heartbeat (Volute, 1994), Rainchild (Schaden and Le Point du Jour, 2004) and One Tree (Nazraeli Press, 2011). His work is included in numerous institutional collections, including the Bibliotheque Nationale in Paris, the Tokyo Museum of Photography and the Frans Hals Museum in Haarlem. He lives in Haarlem, the Netherlands. 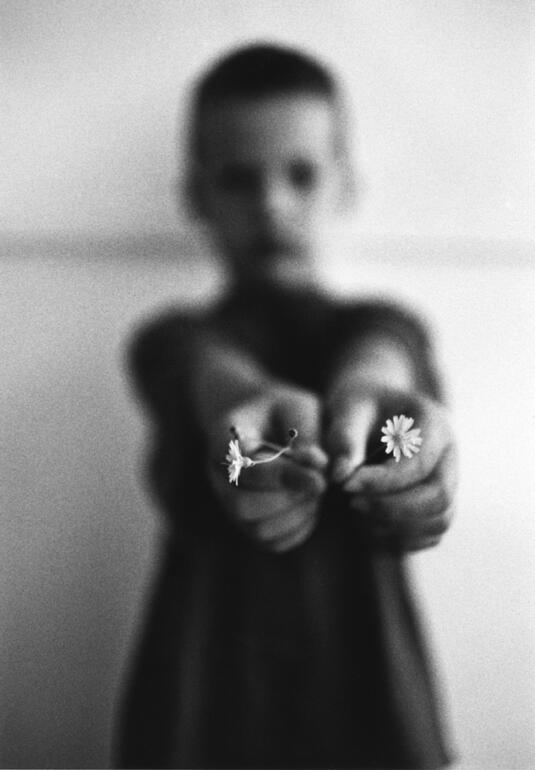