The photographs of Liza Hennessey Botkin are uniquely identifiable by their deadpan humor and visual non sequiturs. One might say that her images are akin to the stand-up comedy of Steven Wright, whose jokes often depend for their effect upon the mental agility of the audience—“The ice cream truck in my neighborhood plays ‘Helter Skelter.’” Those who view Botkin’s pictures must also work to complete their “punchlines.”

Botkin’s photograph of King Kong, taken at Universal CityWalk, demonstrates her knack for introducing left-field humor to a familiar scene. By shooting the eye-catching landmark at night, all that registers visually are its glowing eyes, glowering mouth and neon outline, making it seem as if it might really be alive and ready to rampage.

And what to make of the image “After Midnight,” which depicts what appears to be a giant leopard cooling its heels atop a glass-domed building? Hint: There’s no Photoshopping involved; the image is captured as it appeared before Botkin’s camera. Once again, it’s up to the viewer to conjecture what’s going on, and to decide if the photographer’s tongue might be planted discreetly in cheek.

“I like things that strike me as humorous,” Botkin says, “and I love it when someone sees one of my pictures and gets a kick out of it. I grew up with a certain sense of humor, and I kind of lay it on New York, where I was born and raised.”

Following stints working at 20th Century Fox and The Tonight Show, Botkin moved to California in the 1970s and became photographer Michael Childers’ studio manager. After buying a Leica from him for 80 bucks, she took a photography class at Fairfax High and began venturing onto the city’s streets in search of images. She later worked for another notable photographer, Lou Stoumen, from whom she learned a lot about printing.

Botkin’s photographic stomping grounds haven’t changed much since the late ’70s. She’s still drawn to wherever large groups of people congregate—malls, markets, entertainment districts. Another thing that hasn’t changed is her disinclination to engage in thematic introspection. She’s old school all the way. Just hit the streets, take the pictures, make the prints. Then put them on a wall for people to view and, hopefully, appreciate.

There are multiple bodies of work on Botkin’s website—Shoes, Moments, Gams, Mannequins—but she doesn’t set out to create discrete series. “I just started shooting and eventually realized that I had so many of this or that type of image,” she explains. “So that’s a shoe image, and that’s a mannequin image. But when you’ve identified a series, then you do start looking for more in that vein. I’m really upset about mannequins, because they used to have heads. They were so much more interesting in the 1970s and ’80s. They don’t look like people anymore.”

While Botkin is very much a lone wolf when she goes out to photograph, the Studio City, California resident does enjoy her membership in 4260, a local guild of like-minded photographers dedicated to the art and craft of film- and darkroom-based black-and-white images. (www.4260photo.com)

“I like the community of being in a group. We do constructive critiques of each other’s work, help our members get exhibitions and generally provide each other with emotional support,” she says.
Digital photography holds little appeal for Botkin, but she has noticed that since everyone and their grandmother now take photographs on their phones, people seem more used to having their pictures taken. Botkin has used that to her advantage, basing an entire series on people with their smartphones.

But for this street photographer, nothing can replace her Contax T3 and her shoot-from-the-hip aesthetic. The group 4260 statement of purpose aptly sums up her philosophy: “We are lovers of the handmade, the instinctive element of guesswork, the alchemical process, the mysteries of the darkroom and the magical qualities inherent in a piece of film.” 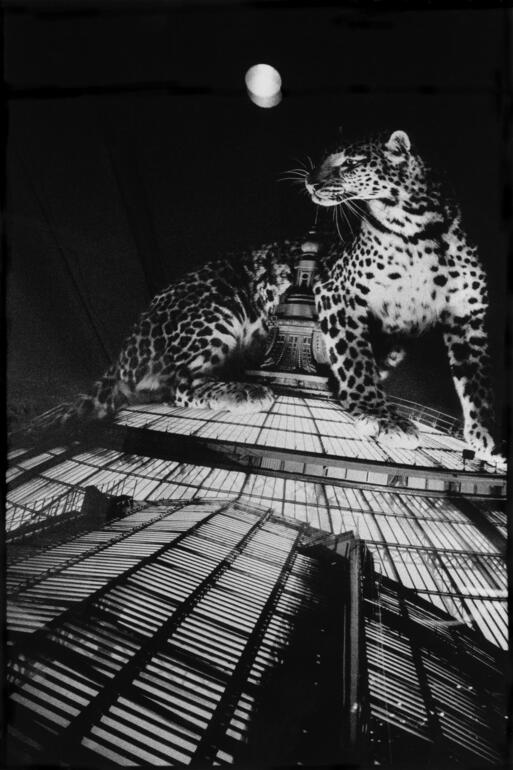