Family photographs are among our most highly valued possessions, providing memories and clues, both to whom we came from and to who we are. Lee Friedlander has chosen to share his private cache of images with us in the form of a book, Family in the Picture, 1958-2013 (Yale University Art Gallery, 2013), a massive tome of 369 photographs, chronicling primarily, the lives of his wife and two children, their spouses and the Friedlanders’ two grandchildren. It’s an elegantly, minimally designed book of very few words, without introductory or closing essays. Image titles identify only people, places and dates of exposures.

In format, whether square or rectangular, vertical or horizontal, the pictures are all of a piece; all black and white, all shot on film. Friedlander keeps things interesting by employing a wide range of aesthetic strategies to capture what catches his insatiably hungry eye. He’s playful with angles, lighting, shadows and compositions, ranging across a wide spectrum of formal and candid environmental portraits, to moments grabbed quickly privileging content over form. This variety gives shape, rhythm and pace to the unusually high volume of images.

Friedlander, himself, while appearing in very few of the pictures, is omnipresent nonetheless, for it is through his eyes that we see everyone else. A companion volume, identical in design, In the Picture: Self-Portraits, 1958-2011 (Yale University, 2011), contains 379 of his self-portraits; a formally related, though distinctly different body of work. In what may be regarded as the Grand Daddy of all collections of selfies, that book tells us much about the photographer’s travels, friends and creative process. In Family we learn about Friedlander’s relationship not just to others, but to those he knows, and those who know him, best. Yet, these images also manage to be a meditation and open-ended commentary on the mysteries of family relationships and on the subject of time itself: from the delicious appeal of infants and the vitality of youth, to the physical changes that come with the territory of aging. In this sense, the family and photographs are Friedlander’s, but the story is our own.

In Family, the Friedlander we meet is observer, witness, artist, documentarian, lover, husband, son-in-law, father, father-in-law and grandfather. Sometimes his subjects engage with his lens, more often they do not. In either case there is a remarkable naturalness, a lack of mugging or posing throughout. When his subjects smile, it’s not for the camera. One feels that his family both understands and supports Friedlander’s passion for his art, and accepts his camera as a physical appendage. When his subjects do not direct their eyes toward Friedlander’s lens, they appear unaware of his presence. Interior and exterior environments frame what he’s most interested in at home: his family members at rest: alone, sitting, lying down, reading or sleeping; in pairs and groups: talking, eating, touching and hugging. No worries if they yawn or blink. That’s life.

If the work has a guiding sensibility, perhaps it’s Friedlander’s acceptance of and appreciation of life just as it is: beautiful, messy; whatever. It’s all good. Within that context, his content is honest, affectionate and nothing less than profound. Has there ever been a visual record of a single family that approximates this one in quality or duration?

The notion that documentary work, either in film or photography has relinquished any claim to “objectivity” has gained both credibility and a great deal of traction in the past 30 years. Writer David Shields’ 2010 manifesto, Reality Hunger (Vintage Books), caused a stir in the literary world purporting that there’s no longer any real difference between fiction, memoir or nonfiction in literature—or between narrative feature and documentary films.

“Reality-based art,” Shields says, “is a metaphor for the fact that this is all there is, there ain’t no more.” He quotes Susan Buice, who writes, “…I firmly believe that to be a truly good artist, you need to link your art to your life.” And he quotes R.P. Blackmur, who writes, “The life we live is not enough of a subject for the serious artist; it must be a life with a leaning, a life with a tendency to shape itself only in certain forms.”

In light of these, among the many other provocative ideas in Shields’ book, one wonders if Friedlander has created an impression of his family life here or shown us the real thing? Or has he somehow done both?

Maria, who appears in, perhaps, a third of the pictures, has allowed her husband to photograph her over the course of their marriage, indoors, outdoors, in kitchens, hotel rooms and bedrooms; and in all states of dress and undress. We see Maria as a “complete” woman—beautiful, intelligent, compassionate and nurturing. We see Maria’s values, her integrity and strength of character throughout the book, as in an early portrait, “Maria, New York City, 1959,” to cite just one example. Friedlander’s love for Maria is true, transcendent of time and place. His photographs of her tell us this, over and over again.

The Friedlander children make their first appearances in the book as infants. In “Erik and Anna, Paris, 1964,” brother and sister walk in sync toward the photographer holding fresh-picked flowers. The atmosphere of the park is accented by a couple flanking their child, walking the same path away from camera, in the upper portion of the frame.

A decade later the photographer stalks the kind of image he’s always found fascinating: in a stunning western landscape, we see Friedlander’s now-famous shadow, as well as his son, and his son’s shadow. “Erik, Arches National Park, UT, 1974” is one of the book’s many pictures made on family vacations.

In “Anna, Woodman, WI, 1974,” Friedlander captures the natural elegance of youth in a timeless moment rendered in classical documentary style. His daughter stands on a quiet country road, bathed in the fleeting warmth and precious last light of a summer afternoon. The bullfrogs and crickets haven’t quite started singing, but we can almost smell the first campfires wafting across the meadow.

Friedlander’s wife shares a private and particularly touching moment with her mother in “Maria and Yolanda, Englewood, NJ, 1984.” Earlier images depict Yolanda as a hearty, robust woman, but here she’s in decline, thin and frail, a vacant look in her eye. At a respectful distance, the photographer uses the vertical black bar of a wrought iron gate to create a frame within a frame around the two women. Maria leans toward her mother, holding her hand, offering comfort with her words.

In a later group picture, this one at home in the living room, “Family gathering, New City, NY, 2001,” four family members lie on the floor, their individual body languages expressing both their boredom with a game of Trivial Pursuit, as well as their close, comfortable relationships with each other.

Multiple subjective realities are captured in “Anna, Lynn and Ava, family lunch, New York City, 2011.” Ava and Anna engage in animated conversation behind the central figure, Lynn, who, while sharing their physical space, is mentally and emotionally elsewhere. The waiter provides a third perspective of the same moment.

In another restaurant photograph, this one made in a lighter vein, “Ava’s graduation dinner, New York City, 2012,” Friedlander sees (and seizes) the humor in a lively table conversation. Everyone appears to be speaking at once and using his or her expressive hands—as though they’d help to be heard above the din.

Arms, legs and wet strands of hair dominate the composition of “Ava and friends, New City, NY, 2010.” Ava and three of her pals eagerly enjoy the immediate review capability of a digital point-and-shoot camera.

Ultimately, what does Family in the Picture tell us about Lee Friedlander? The Aberdeen, Washington native, now in his 81st year, is recognized as one of the world’s preeminent photographers; his work considered nothing less than a national treasure. In Family we learn that he lives without pretense or ostentation; that he likely shares Maria’s essential goodness and values. His sustained effort to create a photographic record of his family evidences his deep devotion; both to his art and to those he loves. Whether on the road or at home, Friedlander’s attentiveness to the lived moment produces great work. Many artists are forced to choose between commitment to art or to family. It’s Friedlander’s good fortune—and now ours—that he is the rare person who has managed to compromise neither. For those of us with reality hunger, Family in the Picture leaves us full, happy and much more than satisfied.

Fact File:
Our thanks to Tiffany Sprague at Yale, and to the Yale University Art Gallery (www.artgallery.yale.edu) and the Fraenkel Gallery, San Francisco (www.fraenkelgallery.com) for providing images for this story. 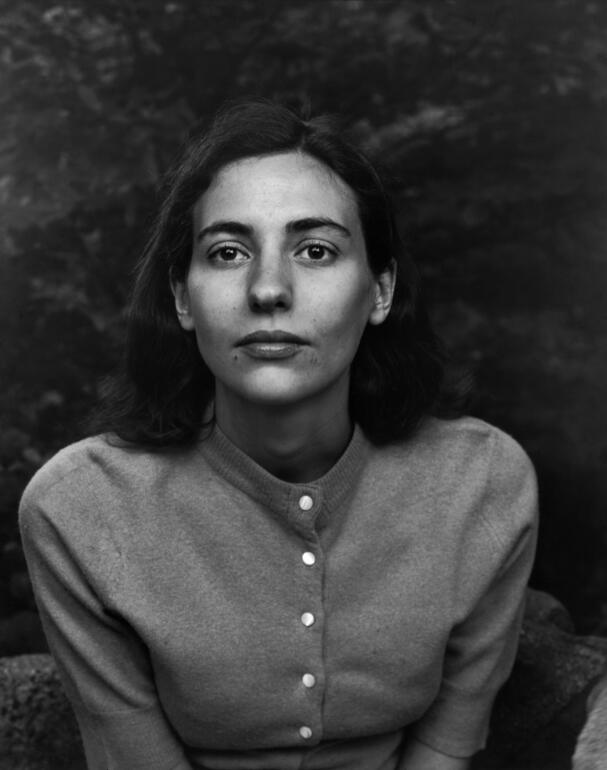