Josep Maria Orengo loves nothing more than to be out in the world exploring out-of-the-way places with camera in hand, hoping to connect with the people he meets. Headquartered in Barcelona, Spain, he spends much of his time traveling to remote and exotic locales, discovering how other people live, and in the process learning how common our dreams and aspirations are, regardless of how dissimilar our lives may seem.

“I think of my travels as a deliberate search for the exceptional,” Orengo says. “On my many trips I hope to capture different aspects of the daily lives of the people I meet along the way. I love the way photography has the ability to suggest stories, create dialog and raise questions in the viewer. I hope my photographs will offer a glimpse into the unknown lives of my subjects. My goal is to shed a little light on the hidden personal stories of some of the amazing people I’ve encountered.”

As an industrial designer, Orengo is well-versed in creative experimentation, and similarly seeks to explore the limits between photographic creativity and technique. He relishes the ability to control the entire creative process, from shooting images in the field to determining the final output of his digital files, without the intervention of a third party. This has been a positive change in his growth as a photographer.

Early on he discovered the power of black and white. Eliminating color influences the perception and emotional impact of a photograph, and shades of grey and intensity of light change the impact of the image. “Black-and-white photography attracts me by the way in which it underlines shapes and form with more drama, and permits me the ability to create an image with a whole different feeling than in color. I feel more comfortable with black and white. I believe it can reveal more directly the secrets and truths which a color photograph often hides.”
2015 found Orengo exploring the ancient back roads of India, a land of nearly limitless contrasts and diverse people. He strives to depict the lives of strangers with whom he shares a momentary feeling of connection when their eyes meet and tacit or implied permission is given for a portrait.

Working in the tradition of Sebastião Salgado, Steve McCurry and Irving Penn, Orengo hopes to tell a brief story in each photograph, despite the difficult situations that arise when traveling. For example, he is often forced to shoot through the window of whatever moving vehicle he happens to be in. But he usually finds a way to turn to his advantage what might seem like a disadvantage.

“Many of my best photographs have been captured spontaneously this way,” Orengo says. “Some of the images I most admire are technically imperfect because there is no time to lose when a stranger pauses for a brief moment, and you are allowed only the briefest time to capture one of Henri Cartier-Bresson’s ‘decisive moments.’

“I especially enjoy the way in which life both speeds up and slows down during these moments. Speed, of course, is necessary to detect a powerful image, to focus and frame the subject, and capture a fleeting scene before it disappears forever. These images are not always perfect, but they can be unique and sublime. At the same time, everything seems to slow down during these moments of intense creativity. There is a momentary connection with the subject. The chaotic world outside my frame tends to blur and disappear as I concentrate on capturing a truth which I perceive at that instant.”

One of the fun ironies of today’s world is that photography can be a two-way street. On a recent journey through China’s Yunnan Province, Orengo found himself in the strange position of being targeted by local photographers, who considered a Western photographer to be an exotic subject for their pictures. He got a taste of his own medicine when random strangers would ask him to pose with other members of their party for a quick portrait. It was a thought-provoking lesson in the responsibility inherent in traveling to other countries and asking strangers to share an intimate moment of their lives in a photograph. 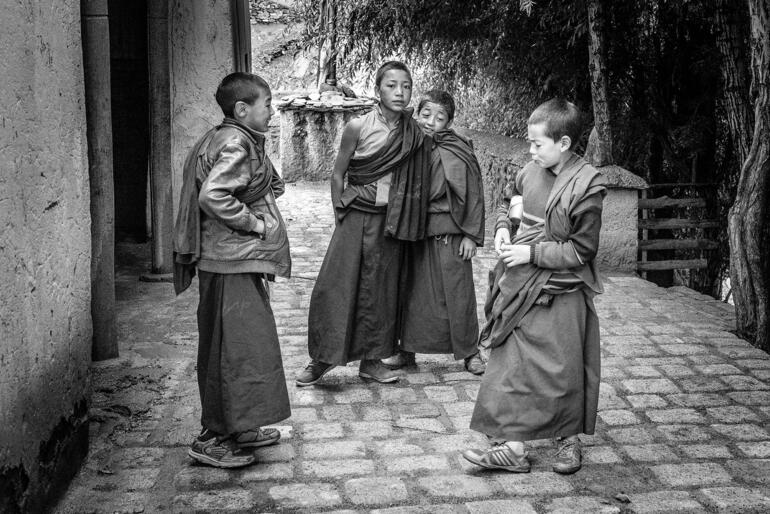