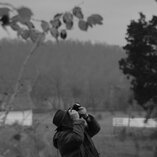 Like many of his fellow Americans, Jack Spencer wasn’t happy when United States forces invaded Iraq in March 2003. His “This Land” series grew out of a deep concern about what kind of country America was at the beginning of the Second Gulf War.

“I was pretty pissed about the U.S. going to war and disgusted with all the American flag waving going on … all the hyper-patriotism that permeated the air during that time,” he says. “I took a 9,000-mile driving trip out and around the West. I tried avoiding the cliché of American flags painted on barn roofs and flags planted everywhere along the way. Then at Wounded Knee (Pine Ridge), there was a small tattered flag on the gatepost of a cemetery high on a hill. It seemed like an indictment, yet the irony was palpable.
“When I got home, I started making the darkroom prints, and for some reason I started distressing them — tearing the edges, gouging the surfaces, splattering them with caustic substances. It did occur to me that I was angry about America. I continued on and eventually developed a working method of distressing that included glazing with pigments and oleopasto, also adding asphaltum to the surface.
“That body of work progressed for another seven years, during which time I eventually began to see the beauty of America, and my approach softened. I suppose the work explores the idea that the country has myriad facets. It is ugly and beautiful and all possible description in between all at once. So it started as an indictment and ended as homage. Eventually, the work evolved into an appreciation of this land of ours.”
It’s striking how serene the series is despite the unhappiness and concern that inspired it. “There is a dichotomy of perceptions at work here,” Spencer says. “The bones that rattle around in our closets with regard to our treatment of Native Americans. The Wounded Knee massacre and the irony of an American flag on a cemetery post overlooking Wounded Knee. Mt. Rushmore, where we stole back the land from the Sioux, which we had granted for all of perpetuity after discovering gold there … and just to rub salt in the wound, we put up that ghastly monument to our heroes — to hell with theirs — on that very same land. However, one cannot ignore the fact that this land is astounding in its beauty and grandeur. So there is a range of emotions in that body of work. I came away with a clearer understanding of the land. I am certain that all works of art should involve questions that need answering. There needs to be some resolution to the riddles we create for ourselves.”
“This Land” is but one example of how Spencer lets a series dictate its own path and reach its own resolution. “All of my bodies of work evolve just like that. I want to know more about a particular subject and I go about answering that curiosity. ‘Native Soil’ was my answer to my anxiety about how I was raised. ‘Apariciones’ was a question about the intention of the artist manifesting itself in circumstance — the idea that image subjects are manifestations called forth by the spirit. ‘Flores’ was my consideration of the wonder of a living thing pushing its way up through hard soil to express itself. ‘Gestures and Portraits’ raised questions about grace and physiognomy. It started as an exploration of color and movement inspired by Degas and other Impressionist works.”

While Spencer’s subject matter is diverse, he, like any great artist, achieves a singular vision in his completed pieces. The Nashville-based photographer sees this as a natural consequence of an artist tapping into their true nature. “Something of the artist always shows itself in some facet of their works,” he explains. “I am not talking so much about style or shtick as about approach or mood. I have a diverse curiosity. I allow myself the flexibility to change … I don’t care for a rigid life. As long as one is honest in one’s approach, there is always a vein of similarity in all works.”
As for technique, he in a sense consults with the subject matter on how it wants to be reproduced. “I always ask of the image what it wants and where it wants to go. All the tools I have ever used were to that end, whether digital or darkroom. It is a digging around in the minutiae with a puzzle that needs resolution. It gradually reveals itself. I am sometimes a ‘mad scientist’ in that I like to experiment and try things that I am not sure will work. Again, curiosity plays a big part.”
While majoring in art for the one year he attended Louisiana Tech, Spencer developed a serious interest in photography and rented a Minolta twin lens reflex camera to see what he could accomplish with it. “I would make a ton of mistakes and generally make some pretty crappy images … but I was hooked. I could not afford all the gear, much less a darkroom, so it languished until about 25 years ago, when I dove in headfirst.”
In the interim Spencer worked as a musician, a chef, a carpenter, even a sign painter. All these pursuits have contributed to his awareness. He has for many years followed William Blake’s motto: “I must create a system or be enslaved by another man’s.”
For the past 17 years Spencer has made his living exclusively as a fine art photographer after making a deep commitment to the craft. To borrow a cliché, he lives and breathes photography, and works very hard at it. “I taught myself through trial and error… mostly error. Photography really is about how one deals with failure. I still fail much more often than I succeed. But failure is an integral part of success. Being self-taught has brought its own reward, in that what I have learned resulted in what I wanted to learn, not what someone else thought I should learn.”

Spencer was born in Kosciusko, Mississippi in 1951; his origins play a major role in his work. “There is an element of color or stain that place leaves on a person that stays with them for all their days,” he reflects. “Mine is one of rich texture. Being raised in the segregated South and dirt poor to boot, I view the world through that prism. I now look on that stain as an integral part of my persona. There was much to transcend, but that texture lends itself to all my work through all that I see and feel. I now consider that to be my good fortune. I was tempered in a way that made me steadfast in my approach, having been forced to rise above my station without apology, without regret. I am perfectly happy to have not been brought up a spoiled, sheltered brat.”
Living in Nashville for the past two decades has allowed Spencer to work without much distraction: “It is not an ‘art mecca’ with all the influences constantly creeping into one’s viewpoint as they do in places like New York or Los Angeles,” he says. “That is not to say that Nashville is not a place of wonderfully creative people … it is just much less imposing.”
The city is, however, a great place for music, and Spencer acknowledges that this art form was his first true love. Perhaps this is why his photographs are so lyrical. It’s been said that he is the Aaron Copland of the American Landscape. Whether one hears “Appalachian Spring” when viewing a Spencer landscape or something in a bluegrass vein, the music in one form or another will surely strike a beautiful chord.

Fact File
Spencer’s latest monograph, Jack Spencer, is published by 21st Editions as part of its limited-edition Prism series. Each book includes a signed print. To learn more, visit: www.21stphotography.com. You can see more of Spencer’s work at www.jackspencer.com. 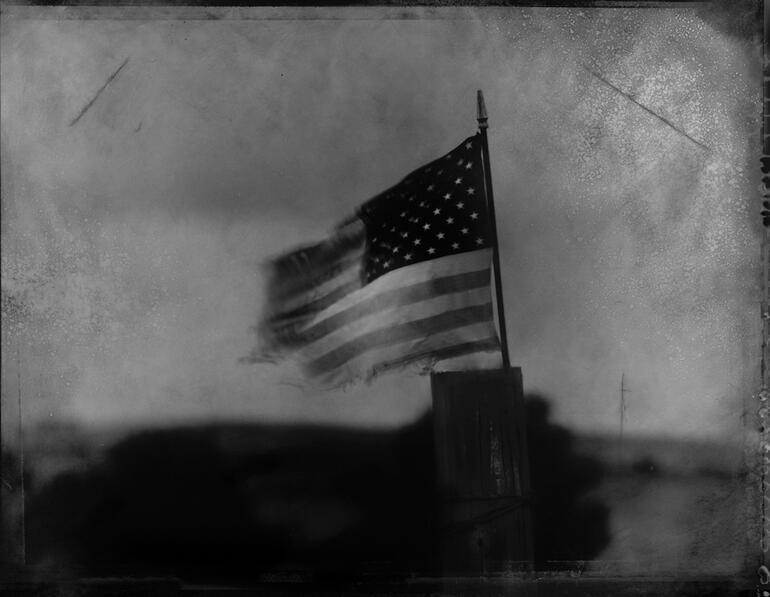