Viewing David Olds’ photo essay The British Seen, which focuses on leisure time in Great Britain, one can be forgiven for assuming him to be a native of that sceptered isle, so knowingly does he capture singular aspects of the British character.

Yet Olds is as American as the many political campaigns he has covered during a decades-long career in photojournalism. Born in a Detroit suburb in 1953 and raised in Lansing, Michigan (where he still resides), he took his first photos at 16 with a Canon FX loaned by his brother-in-law. His earliest serious images were cityscapes rendered in dramatic chiaroscuro, but when his father passed away that year, the realization that he had neglected to make any meaningful images of his dad prompted Olds to become a “people photographer.” He subsequently honed his chops on the student newspapers at Michigan State University and Lansing Community College, which helped prepare him for 28 years as a news photographer and the past 13 years as political photographer for the Democratic caucus in the Michigan State House and Senate.

In tandem with his full-time jobs, Olds has also done a number of self-assigned documentary projects dating back to his college years. The British Seen was produced in 1976, and was inspired in part by the work of the late English photographer Tony Ray-Jones.

“I had visited the U.K. twice before attending Arizona State University to study with British photo historian Bill Jay,” Olds says. “Bill gave a lecture about two photographers he had championed while editor of Creative Camera; Tony Ray-Jones and David Hurn. I loved Ray-Jones’ work immediately and also began to look at the work of other Brits like Ian Berry, Daniel Meadows and Homer Sykes. After I told Bill I was determined to go back to photograph in the U.K. he helped me get into David Hurn’s documentary photography program in Wales.

“David was a brilliant and generous mentor who helped me improve my work methods and pushed me to produce higher-quality images. Traveling the U.K. and shooting thousands of frames in order to produce a few images that worked was also a great lesson in tenacity.”

Olds captured a broad cross-section of British society through peoples’ dress, mannerisms and relationships to one another as well as to their dogs and horses. He photographed places and events where people relaxed and dropped their guard—seaside resorts, village festivals, championship dog shows, and the like. These images are remarkable for their visual organization, social insight, gently satiric humor and genuine warmth.

“Above the Wall, Epsom, England,” uses his subjects’ attire, body language, attitude and visual placement to comment on the class divide in English society. In “Stag Dancer, Little Dean, England,” Olds’ framing and timing emphasize a spontaneous moment of community among children, adults and a costumed dancer that resonates with almost choreographic grace.

“I work in a very spontaneous way,” Olds says. “Like a scavenger, I search for those unguarded moments when people, unaware of me and my camera, reveal something universal about what it means to be human.”

In addition to such personal projects, Olds has lectured on photography, directed workshops, taught photojournalism, opened his own photo gallery and written a novel, Bulldog Blues, about a talented, sometimes troublesome photographer. Although his approach remains old school, Olds switched to digital in 1994. He misses “the alchemy, that blend of art and science that takes place in the darkroom,” while conceding digital’s speed and ease of use for meeting deadlines.

“This ease of use, however, is a double-edged sword. Many news outlets have decided they don’t need photojournalists any more. Almost daily I see reporters take a few seconds out of their writing to ‘snap’ a photo of the person or event they are covering. Most of these images have major technical and visual deficiencies but they still get posted every day. This dumbing down of images in the mass media should be of concern to us all.” 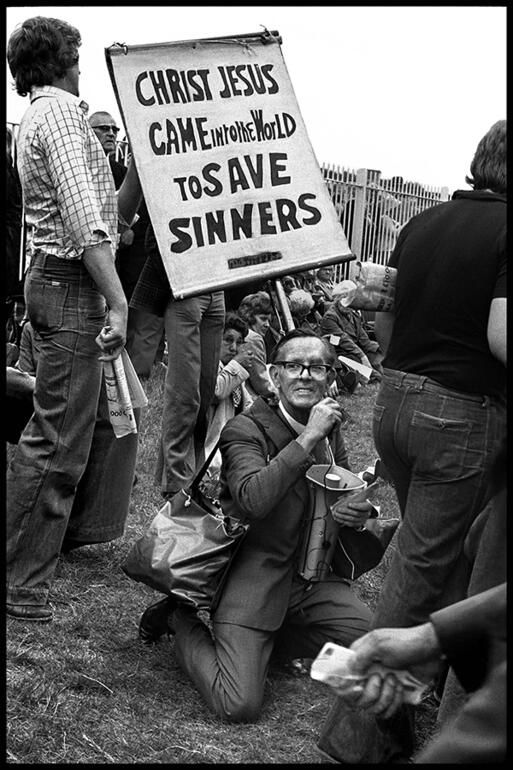