Garcia Rodero’s breakout year was 1989 with the publication of España Oculta, which was named “Book of the Year” at the Arles Festival of Photography, and which won the prestigious W. Eugene Smith Foundation Prize. Like the famed photo essayist, Garcia Rodero’s work goes far beyond documentary and ethnological studies, her images resonant with unique, provocative insights into social rites, practices and behavior that are at once of their time and timeless.

With the success of España Oculta came many other projects, both personal and assigned, that gave her the time and support to explore in depth other cultures with camera in hand. Even in the unknown she found the familiar, often focusing on intimate and outlandish ceremonies: from the pilgrimage of the Black Christ in Panama to the Hindu Holi Festival of Colors in India to the pagan rituals of Burning Man in the Nevada desert. Whatever her subject matter, there is very little distance—figuratively and literally—between Garcia Rodero and her subjects. Wherever she is in the world, the seemingly demure photographer is antipodal to the detached observer and much closer to the willing participant.

To further expand her photographic opportunities and global reach, Garcia Rodero joined Magnum Photos in 2005, becoming a full member of the legendary agency in 2009.

What were your earliest photographic efforts?
When I was 11 years old I borrowed my father’s camera and started taking pictures of my brothers and sisters. I remember one time dressing my brothers as Indians with feathers. While studying fine arts and painting I started doing photography, mainly portraiture. At the age of 23 I made the decision to work only with photography and committed to take the road of a documentarian.

What drew you to documentary photography?
I believe that being able to discover the inner world of people, the psychology of people, the life of people, inspires me to do the work that I do.

Were there photographers and painters that have inspired you or affected your vision?
I don’t recognize in my work the influence of any specific photographer or painter, but of course the knowledge of painting is the basis on which my style was built. The first influences in photography I remember were Irving Penn, Richard Avedon and Diane Arbus, but only to a certain extent, because not much was being seen or published in Spain back then because of the economy. Spain was so poor that photography was of little importance and certainly not going to thrive in that environment. It was only at the end of the 1970s and the beginning of the ’80s when everything started to flow into Spain. Galleries began to open. There were exhibitions and more magazines. There was more traffic of ideas flowing between the rest of Europe and Spain. Until then Spain was ostracized…isolated.

But you still managed to expose yourself to the world of art.
I like adventure, and I’m very curious. I was in Florence, Italy with a photography grant. I had already finished my fine art studies, but there was only so much I could learn about photography on my own, so I was really open to learn everything else. When I arrived in Florence I felt really privileged. But I was surprised that the level of the school was not very high, and there were a lot of problems in the country, with people going on strike about everything. Also, I didn’t speak Italian. I only went for a few months, so instead of staying at school I stepped out and started photographing in the streets. I felt very lonely. I missed Spain terribly and thought that what I was doing in Italy I could be doing in Spain. I realized that I really knew very little about the country of my birth.

Annie Leibovitz said that often the best stories are in our own backyard.
We roam the world and very often we don’t know our own country. So I developed the idea of doing a whole body of work on Spain, which was the definitive decision of my life. I received a grant from the John Mark Foundation for a general study of Spain, but when I started shooting the festivals I realized that this was what I should be focusing on. It was an aspect that was very little known in Spain and very little value had been given to it. Spain has a very rich history and diversity because of the many cultures that have shaped it—the Celts, the Iberians, the Muslims, the Carthaginians, the Moors, the Greeks and the Romans have all left their mark.

And rituals are a particularly important part of Spanish culture.
Yes, but there is a denial by many Spaniards that old Spain, the hidden Spain, has no culture, when it is really a school, a source of great richness. People want to be very modern and up to date and consider these rituals just old things. They don’t give them the value they deserve.

How did these ancient rituals and religious ceremonies evolve?
In the Middle Ages the passion of Christ came into the consciousness of the people. So all throughout Europe they revived the passion of Christ, performing these rituals of penitence to commemorate the passion and suffering of Christ as a way of cleansing the body of impurities and gaining access to heaven.
This started as something spontaneous, not organized by the church. In the time of Easter, for instance, they came out to the streets and showed some penitence without order, without schedule. Those manifestations were sometimes taken to incredible excess. So here comes the church trying to put some order to this thing, giving it a time, place and form. Depending on the geographical location of each one of these in Spain, it has given birth to totally different manifestations.

Why do people wear hoods to perform some of these rituals?
The fact of having your face covered with a mask is a way of keeping secret who is doing the penitence. It’s something very private; you’re doing it to cleanse your soul. It is a way of having a relationship with God without having other people necessarily knowing about it. At the same time it’s a public manifestation that reminds people of the suffering of Christ. They revive the passion of Christ publicly, but in a secret way. Only God knows who is underneath the hood.

The Ku Klux Klan has imitated this. Not to do penance, but to keep the secret part, not to be recognized. They picked it up from this Middle Age tradition. They came along of course much later. Here we are talking about the early Middle Ages. The Procesiones, the men carrying crosses on their bare shoulders, started in the 16th century, with manifestations of it dating back to the 14th and 15th centuries.

The tradition of the Procesiones is to relate to the above, to God. There are two types of organizations or groups: one is the Cofradias and the other the Hermandades. They are both congregations of only men. They have a certain amount of rules to give unity to a belief and to maintain that status. The reason for the rituals of the procession and the wearing of these uniforms is for love, and for the possibility of salvation. It’s a long-term investment for your future life. It’s a manifestation of the love of Christ. So their idea—the original intention—of the Cofradias and the Hermandades is to remind the world that there is a savior.

_What’s the story behind your image, “El Colacho?” _
The person who jumps over the babies is called El Colacho. He represents the devil. There is a procession that goes through his path, and along the way are altars, and in front of the altars parents put their babies. The priest with the Corpus Cristi gives the blessing on the children who were born in that year. Prior to the benediction by the priest comes El Colacho, who represents the evil jumping out from the children, as if departing from the spirits of the children, symbolizing the bad going away from them just prior to the communion. In other words, the evil is jumping out of their souls. This religious tradition blends in with pagan beliefs.

During the Spanish Civil War, which was from 1936 to 1939 and again in the 1960s, these celebrations were endangered. The change from an agricultural economy to an industrial economy was a danger point, but there is a revival now as well as an evolution. Some rituals have disappeared because the towns associated with them have disappeared, but others have emerged. On balance, there has been more creation than destruction. Fiestas are the soul of the Spaniards.

In Mexico, “The Day of the Dead” is a very big day of commemoration.
We don’t have that love about death that they have in Mexico, with celebrations such as the Day of the Dead. The Spanish are much more dramatic. Very tragic and very full of resect. There is a lot of humor in Spain, but not in regard to death. I’ve observed very different ways of relating to death in different places. Across Europe there is pretty much the same feeling, but in China and Mexico, for instance, it is very different.

One tradition that is shared between Spain and Mexico is the bullfight. What is the story behind your image of a team of small bullfighters?
They asked me to take their photo. This is an example of two traditions coming together: the historical tradition of the small people to entertain in the courts and to be the buffoons—to entertain and make jokes—and the tradition of the bullfight. They actually go out and fight with bulls that are in accordance with their size. It’s a parody of the real bullfight. A lot of these small matadors are really artists. They never actually kill a bull.

I was on my way to Cantabria in the north of Spain for a festival and I stopped by and they asked me to take their picture. At first, it was uninteresting photographically. I’ve always been reluctant to take pictures of people posing. I’m much more interested in cultural projects. The main guy was in the center and then outward by order of importance. They were with their Mexican sombreros since they had just returned from a tour there.

You’ve also worked in recent years on many projects outside of Spain, including in Cuba.
It is a fascinating country. It’s interesting to see the combination of Christianity and la Santeria, the religion that came from Africa. They figured out from Catholicism which saints and patrons were similar to their own beliefs and who would be the mother and who could be Mary, and so on. That’s how they were able to continue their beliefs, to keep them alive. Depending on which countries in Africa the slaves were brought to the Caribbean from, that’s the difference between Voodoo in Haiti, Congos Del Espiritu Santo in the Dominican Republic, Santeria in Cuba and Candomble in Brazil. Those are the main ones.

No matter whether you shoot overseas or in your native Spain you have a very consistent style. There is a timelessness to your work.
I’m working with traditions that date back four or five hundred years. I’m working with a different time schedule than everybody else. I’ve never been a news photographer. Those people are dominated by the present.

Addendum
Special thanks to Anna Sever for acting as a translator and to Daniel Evan Rodriguez at Magnum Photos for making this feature possible. All images copyright Cristina Garcia Rodero/Magnum Photos. (www.magnumphotos.com) 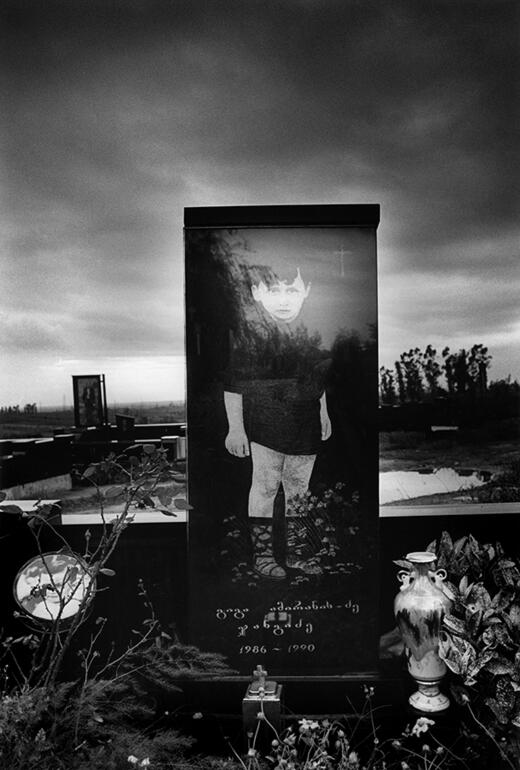