Pictures of the famous and infamous have attracted and fascinated the rest of us, seemingly forever. A look at Orling’s Rogues Gallery brings a wave of nostalgia to those who know recent American history. But are we “seeing” Ted Kennedy’s vulnerability, Henry Kissinger’s arrogance or Studs Terkel’s kindness in Orling’s photographs, or are we merely projecting our own likes and dislikes onto his pictures? Perhaps it’s a bit of both.

Because many of these images were captured on assignment, they straddle the line between candid and documentary genres — much like those of a photojournalist embedded with a military unit or a pool photographer at the White House. Orling’s subjects were conscious of his presence in the room, but they did not engage with him directly; and while he enjoyed privileged access, he could not control lighting or ask his subjects to participate in his assignment. That makes it challenging for any photographer, but even more so for a self-described A-Type personality.

From his home in North Salem, New York, Orling says, “A-Types prefer to be in charge, though I couldn’t be with the likes of Warren Burger, Ted Kennedy and Fred Friendly. I made those pictures in the mid-1980s at a conference in Williamsburg, Virginia.

“Burger was exploring the establishment of an institute for the study of states rights, and my client was a PR firm hired to represent the conference. That same week Burger had gotten into a terrible public tussle with Dan Rather, so I expected that he might be predisposed against any journalist, photo- or otherwise, on sight. Once I arrived, I approached him, introduced myself and told him that he needn’t worry about my trying to catch him in awkward moments. After that everything was fine.”In Orling’s portrait of the Chief Justice, a low angle monumentalizes Burger, who appears self-confident and thoroughly comfortable in his own skin.

Of Ted Kennedy, Orling says, “People transfer all kinds of feelings onto photographs, and I don’t want to invalidate the viewer’s experience. What you may think was Teddy’s vulnerability, I recall as his aloofness. He was running for president at the time and I thought he was detached and preoccupied.”

Roy Cohn’s searching eyes seem to be saying, “Hey, I’m not such a bad guy…” “No,” Orling says with a laugh. “That one was made at a Yale Debate Club event that pitted Cohn against N.Y.U. professor of politics Bertell Ollman. Outside on a break, Cohn had his back to me. When he turned around I focused and shot. His expression is really one of surprise more than anything else.”

Personality traits couldn’t be more clearly expressed, however, than those in the group photographs with Fred Friendly and Henry Kissinger as their central figures. Friendly, the legendary broadcaster and educator, leans in to connect with colleagues as he makes his rhetorical point, while Kissinger, who Orling photographed at an American Stock Exchange conference in Florida, commands the attention of his audience, but keeps other people at arm’s length. Those readings, Orling agrees, jibe with his own observations at the time.

Orling’s most difficult portrait assignment came from Cue magazine, which hired him to shoot Chicago-based author and radio and TV personality Studs Terkel while he was being interviewed in New York. “I was wedged into a corner of a tiny Manhattan office,” Orling says. “I couldn’t move an inch in any direction, and Studs never stopped moving.”

The penetrating gaze of iconic animator Jack Zander was captured at home. “Jack was my father-in-law,” says Orling. “He was sitting in the late-afternoon sun, reading. I saw how wonderful the light was, and kind of snuck up on him. His look told me that he didn’t appreciate being interrupted or surprised.”

Many of Orling’s other corporate assignments for employee magazines and annual reports called for environmental portraits of average “Joes” and “Janes” situated in workplaces ranging from offices to factories. (Most often these pictures are made in color, and a sampling can be viewed on his website.)

Designing and producing successful pictures of people who aren’t well known, may not be physically attractive or comfortable in front of a camera takes patience, care and sensitivity — in addition to technical know-how and an artist’s eye. In these cases, the A-Type is totally in control.

“I see the world as chaotic,” Orling says, “and it’s my job to create order in those photographs. I want to elevate people, and I think a well-designed photograph honors them.”

Orling credits his early mentor, Arthur Leipzig (1918-2014), for instilling in him a desire to privilege the human dignity of his subjects.“Arthur was an exceptional person. He made photography fun, and he was guided by impeccable ethical values; there was never any negativity in his work. I identified with it because he celebrated the good in people. I always thought of Arthur as the ‘Pete Seeger of Photography’ and we developed a strong personal bond.”

A native of Roslyn, New York, Orling met the great documentarian when he took a photography course Leipzig taught at Long Island University. Going on to study film at New York University, Orling returned to still photography when he realized that he preferred taking to the streets alone with his camera. While he flirted with a career in photojournalism, he reconsidered when 31-year-old French photographer Olivier Rebbot was killed by a sniper in El Salvador. “How many Robert Capas do we have to lose to understand that war is bad?” he asks.

Orling launched his freelance career the old-fashioned way. “I schlepped my portfolio around the city, showing my work to as many photo editors and art directors as I could. I noticed that most of them enjoyed casual chat, and I was able to develop rapport. I started to get referrals, and work gets work. I believed that eventually someone was going to say ‘yes.’

“Every day that I worked and got paid to be a photographer was a good day,” Orling says. “The pleasure of working for someone else is the pleasure of being given a problem and solving it. I enjoy the challenge of making my clients happy.”

Among his favorites are graphic designer Richard Danne and college publications director Sandy Kaufman, both of whom Orling has worked with for many years. His strategy for shooting many of his beautifully composed street photographs is fairly simple.

“Often, I discover the environment and light first, and then wait for something interesting to happen,” he says. Orling was experimenting with technique at Grand Central Station when the man, center, bent to pick something up; he was ready and waiting for a person to come walking down the steps on Wall Street, and across the beam at the construction site of the Javits Center at Columbus Circle. Orling spotted the reflected image of broadcaster Bernard Kalb a moment before entering the conference-room meeting he was assigned to shoot; his college friend Gillian Gordon was photographed in London,
years after they’d left N.Y.U.

A devoted father and grandfather, Orling describes his family as “an arty group.”His mother, Anne Orling, was a painter who studied with Hans Hofmann and Larry Rivers. His sister studied art history, and his brother is an architect. Daughter Emily is a painter and son Eli, an accomplished musician and commercial artist. Orling reserves his highest praise for his wife of 38 years, Maggie, who he describes as “the most creative of all — a brilliant painter, illustrator and teacher.”

Like anyone else with children and grandchildren Orling is dismayed by the current geopolitical climate. “The world is going through a real upheaval,” he says. “Civilization, as we knew it, our sense of freedom, is being challenged. We need to deal with economic inequality and solve our problems through education. We’re capable of such amazing things…”

Fact File
You can find a multitudinous array of Orling’s images at alanorling.com. 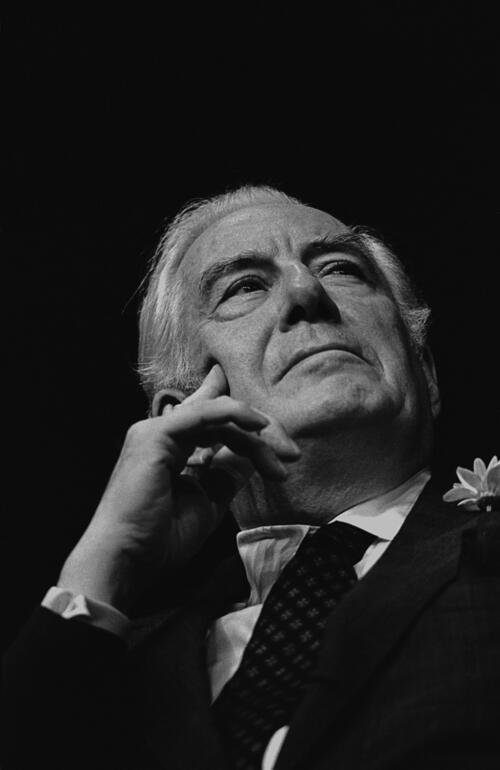